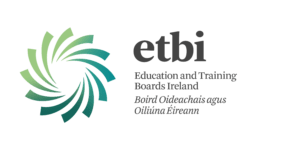 Following the announcement of the Ms. Nessa White’s imminent move from current General Secretary of Education and Training Boards Ireland (ETBI) to Executive Director of Transformation in SOLAS, ETBI is pleased to announce that Mr. Paddy Lavelle has been appointed to succeed Nessa as General Secretary.

Paddy Lavelle has been appointed as General Secretary of ETBI, having served as CEO since 2001. Paddy has been the CEO of Dublin and Dun Laoghaire ETB since 2013. In that capacity he has helped the ETB grow by 40% since 2013. DDLETB now has 42 schools with 23,000 students as well as providing for almost 30,000 FET learners annually. DDLETB Youth Service disburses 10 million euro annually as well as providing services to youth in the three counties of South Dublin, Dun Laoghaire-Rathdown and Fingal. Paddy was President of the Chief Executives and Education Officers Association from 2012 during the process of the amalgamations of VECs and the transfer of training services to ETBs. He made a significant contribution to the development of ETBs and ETBI in bringing coherence to the sector. Paddy has a great breadth of experience across each area of the Education and Training Boards’ remit. He has been leading the practical implementation of projects like the shared services finance and payroll with the Department of Education. Originally a teacher and school principal, Paddy is a strong advocate for the new Junior Cycle and a member of the Junior Cycle Board of the National Council for Curriculum and Assessment. He promotes digital learning across the ETB. He is a member of the Governing Body of the Technological University Dublin and was previously a member of the Institute of Technology Tallaght and Waterford Institute of Technology.

Paddy Lavelle said: “I am really honoured to have been chosen to serve the association at this time. Nessa White has been an exceptional General Secretary who has made her mark in our sector. She has developed a strategic and responsive way of working that is very admirable. I wish her well in her new role where she will continue to collaborate with ETBI and ETBs.”

“I intend to focus on three themes in my work. The first is to put the interests of members first and to ask in any process of decision-making, how does this serve the members’ interests?  ETBI represents the sector and brings together colleagues from ETBs to address challenges. The second is to ensure that the association speaks with one voice. This will demand a keen ear and a robust articulation of the views of members. The third theme is anticipation. By this I mean that ETBI will be proactive in setting out what will benefit the communities we serve and not simply react to the initiatives of others. ETBs have a huge role nationally to help develop the skills and talents of citizens. ETBI will establish itself as central in any education and training debate so as to match the members 2 billion euro annual expenditure with their influence nationally and regionally.

<
﻿
We use cookies to ensure that we give you the best experience on our website. If you continue to use this site we will assume that you are happy with it.Ok
Back to top